Clayton Lake State Park is a state park of New Mexico, United States, featuring a 170-acre (69 ha) recreational reservoir and a fossil trackway of dinosaur footprints. It is located 15 miles (24 km) north of Clayton, close to New Mexico’s border with Colorado, Oklahoma, and Texas. The landscape is characterized by rolling grasslands, volcanic rocks, and sandstone bluffs, set on the western edge of the Great Plains. The park area was a stopover point for travelers along the Cimarron Cutoff of the Santa Fe Trail. (Wikipedia)

The sites along the way were pretty much the same as the day before.

These massive windy energy harvesters (LOL, patent pending on that name) are everywhere here, it’s very smart since it is freakishly windy. 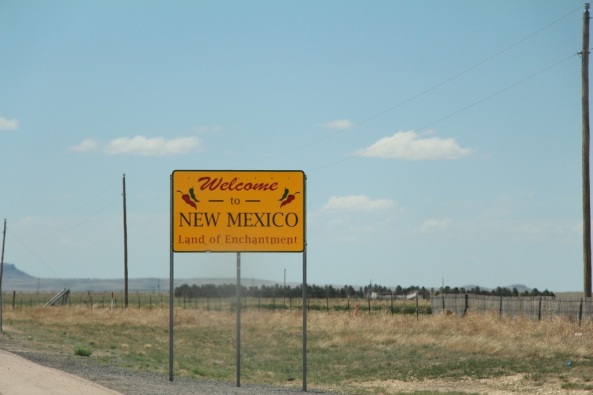 And suddenly the horizon began to change… 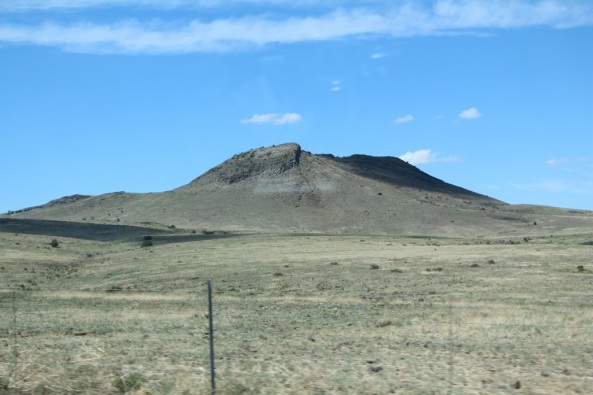 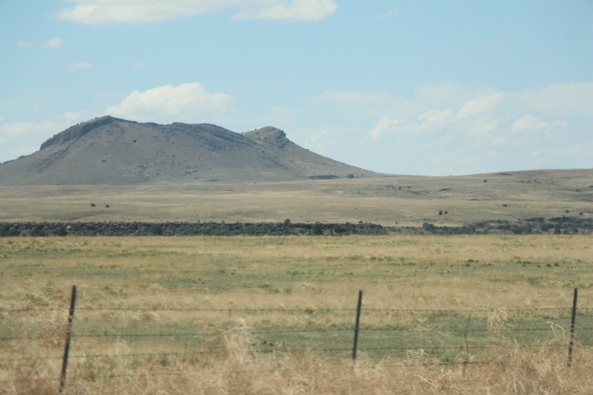 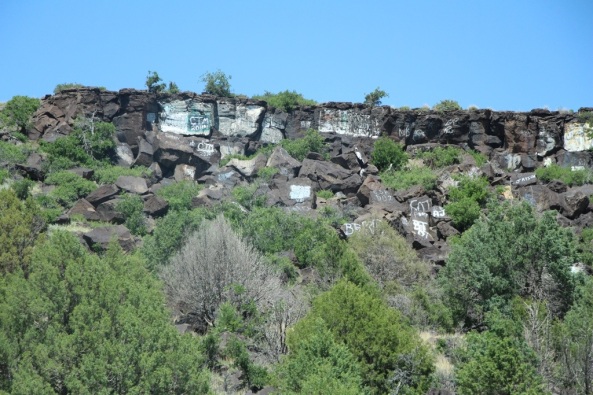 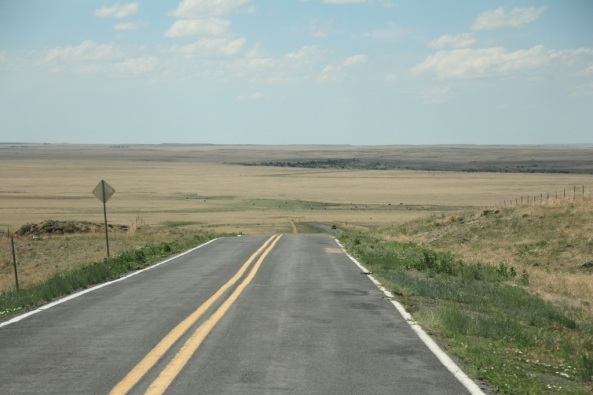 And then there was a 15 mile stretch of highway off the interstate that had me thinking “man, I hope this isn’t the wrong way!” 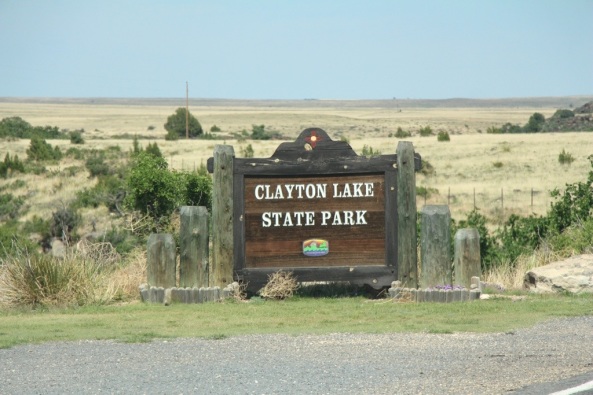 The temperature was mild with no humidity when we arrived. There was nobody in the visitors center and there was no place for camper check-ins. Thankfully I had the reservation site # and there were only 7 sites that we could see anyway, so it wasn’t hard to find our spot. 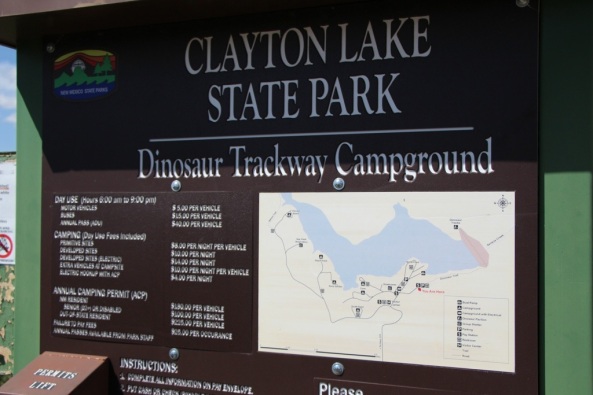 Our site had a terrific view of the lake. The lake is surrounded by rock cliffs and has a rocky bottom. There were a few people fishing, they said they had caught several trout. Unfortunately for Jacob you need a New Mexico fishing license.

After settling in, we headed off on a hike to see dinosaur tracks which are located on the opposite side of the lake from the camp sites. There are tracks from a variety of dinosaurs, tail marks, and fossilized mud cracks and tidal ripples. We saw beautiful plants, rabbits, deer, and tumble weeds. 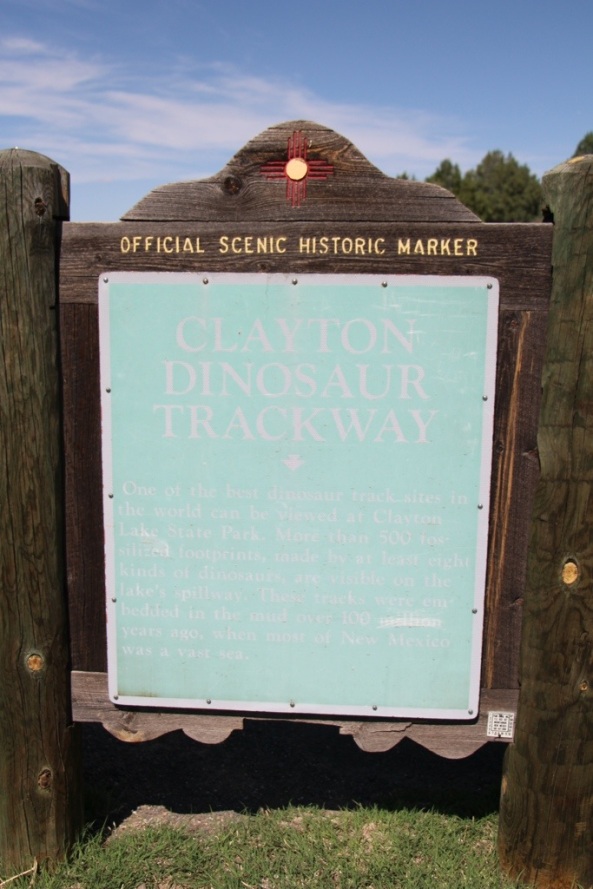 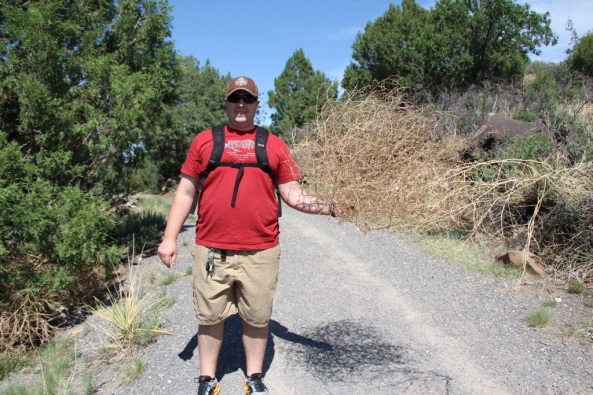 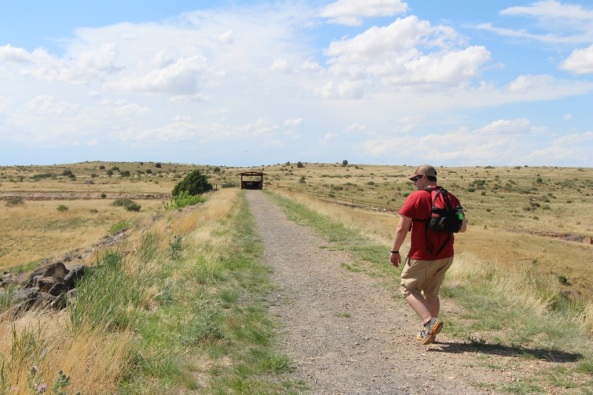 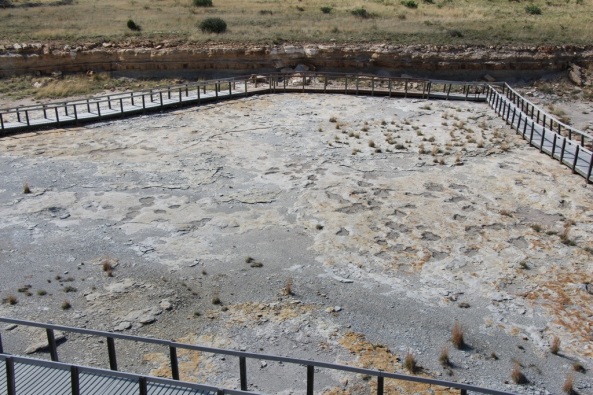 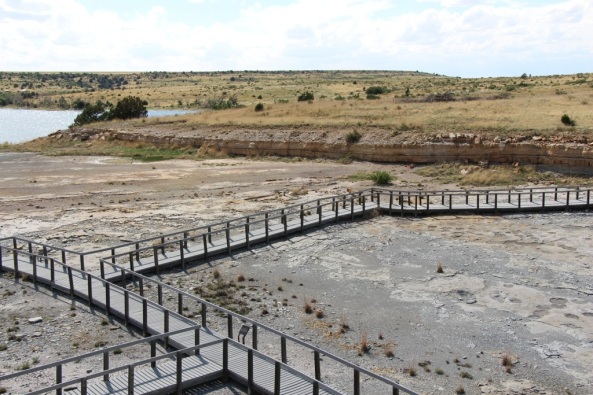 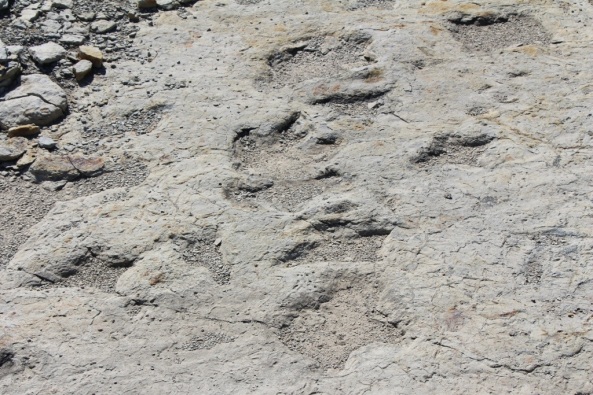 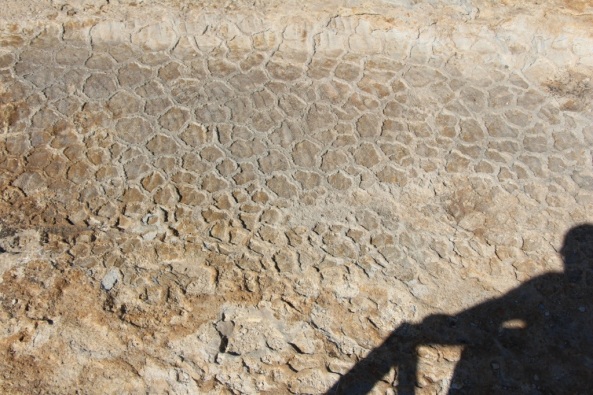 We had the whole place to ourself. Wouldn’t ya know right as we were leaving a herd of geology students were head our way. We were so happy to have been able to view the tracks alone.
Jacob unfortunately had an encounter with a pretty vicious flower. It got him good!

The view from our camper was truly spectacular. 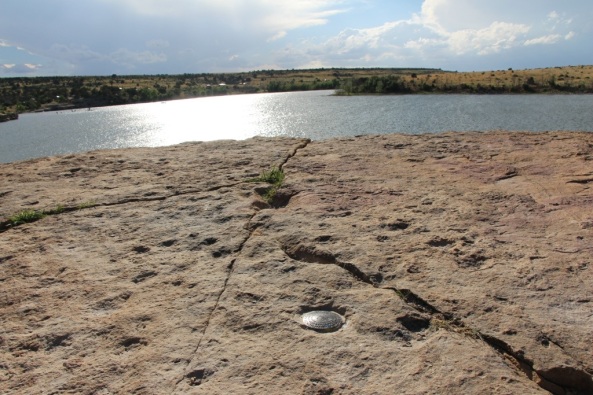 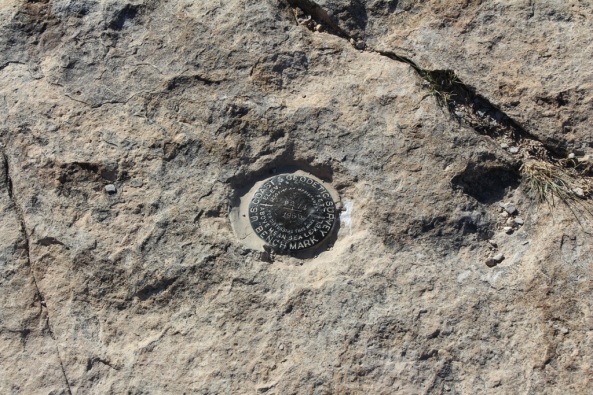 The next morning was humid with thick cloud cover, looked like rain was coming in soon. We were up and out of there early and on our way to Colorado.