It was hard to leave the beautiful whites sands, but we have a schedule. No people in the ranger station here either, what’s up with that New Mexico?!? We found our site, set up, and rested a bit to watch the bats exit the cave to feed at Carlsbad Caverns. 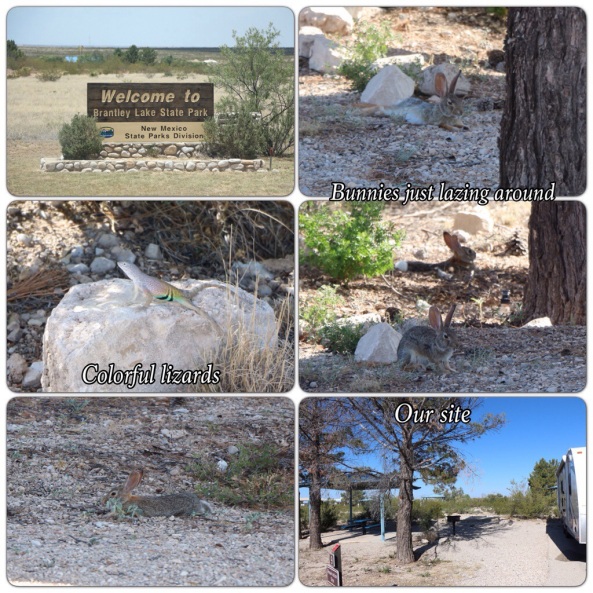 We rested for a purpose! The flight of bats at dusk is a miraculous sight! We just happen to be here during the perfect season. Right now there are more bats here than at any other time of the year. Awesome! So we arrived to watch the flight at 5:30pm, the bats had exited the night before at 8:22pm. We thought it would be earlier than that so we had time to kill. We also tried to schedule a guided tour of the cave but they closed at 5pm. Killing time turned out to be easy. The Visitor’s Center was recently revamped. There is a restaurant, gift shop, book shop, historical information on formation and biology including bats, and a movie from the Discovery Channel about the cave. Before the bat show a Ranger gives a talk about the importance of the habitat of the cave and the impact of humans on the bats. She also discussed the different types of bats in the world. You are not allowed to take pictures of the bats, so we left the camera in the truck. It was pretty awesome, hundreds of them fly out at a time and then they just keep coming out. There were thousands of them. After we had our fill of bat-time we headed back to the camper. We were ravenously hungry and it was too late to cook so we stop at IHOP for a “quick-meal.” No, this IHOP seems to be brand new, all employees brand-spankn’-new including the cooking staff….so the “quick-meal” turned out to be over an hour.

We woke up really early to head over to the cave because we were worried that the tours would sell out. The cave is self-guided but there are areas that the public is not allowed to travel without a guide. We wanted to see some of these secret areas. Jacob is obsessed with taking pictures inside caves, he LOVES it! We have like 500 pictures of this cave, and I’m probably underestimating. We really enjoyed this cave. It is HUGE, with a lot of walking, so much walking that there is a restroom, snack bar, gift shop, and an optional elevator. There used to be a hot-food cafeteria down there, in a cave! I don’t even understand how they did that, seems like it would do a lot of damage to the cave. Now there is just a cooler with drinks, sandwiches, and salads. Jacob even bought a cool shirt dow there.

The tour was nice. The area we toured was used in the first Journey to the Center of the Earth film, which I’m pretty sure I have never seen. On a bit of a rant; I don’t understand people in dark places who think it’s ok to use a flash on their camera?!? Hello my eyes just adjusted to the darkness then you come and screw it up! WTH! Do they honestly think there flash is not hurting other peoples eyes? There was a guy in our group with a huge flash, bigger than normal and normal is bad enough in a cave, and he took a billion pictures. I wanted to grab it and throw it down an endless pit.

Jacob knows that you don’t use a flash in a cave, if he did it would not end well for him. He has perfected his technique and I think the shots are great. And that is why I keep him! But as I was making the collages for the blog I noticed that this cave is kind of scary looking in pictures. It reminds me of the movie Legend, where the devil lives…spooky! 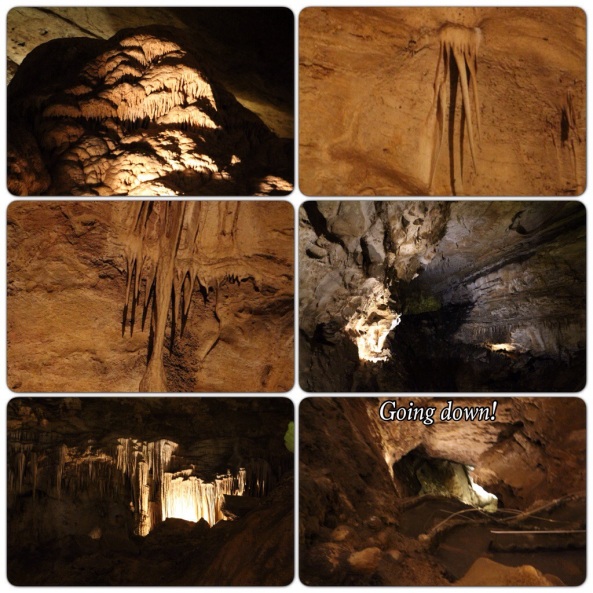 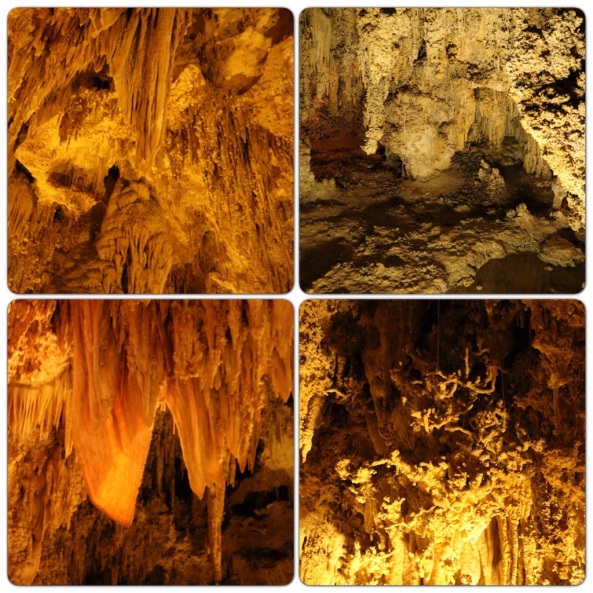