Hi there, today we left New York. We packed up the camper and hit the road. If anyone has driven through downtown Jersey City/Hoboken area then you can sympathize with me. Driver’s here are crazy! We had just left the campground and were behind a line of cars going up a one way street. All of a sudden the light turned to red and most of the cars in front of us sped through the light, all but the one right in front of us. She did speed up but then slammed her brakes right before the intersection and actually went 5 feet into the intersection. So I’m towing 6,500 lbs and the truck weights 10,000 lbs, do the math, it doesn’t stop on a dime. When I saw her brake lights, I locked up and skidded. Fortunately, there was a turning lane to the left of me and I was able to do a controlled skid into that lane (thankful for Shell putting me through Defensive Driving Class). When I stopped, the truck cab was parallel with her car. I looked over and the look on her face was “what the hell is wrong with you!” like I was the one at fault. I voiced a few choice words in her direction and then we went our separate ways.

We continue driving and finally arrived on the New Jersey Turnpike north. For those who remember, this is the turnpike that cost us 40 bucks to cross. Well, this time, it only cost us $7.50, phew! I asked the toll booth operator if there were any more tolls, he replied, that’s all…for New Jersey, uh-oh. We drove on into New York. When we got to New York, we were directed to take the George Washington Bridge. We crawled over because of the traffic, but it gave us a chance to take in the architecture of the bridge.

After the bridge, Boom!, another toll booth. I knew this one was going to be bad, a regular car is $13. I drove up to the operator, she looked at me, then looked at the camper, “$37 please”, Yeaozza! I asked her if there were anymore tolls, she said she didn’t know. Here’s a picture of me after the tolls drained the cash from my wallet, even Roux is upset! 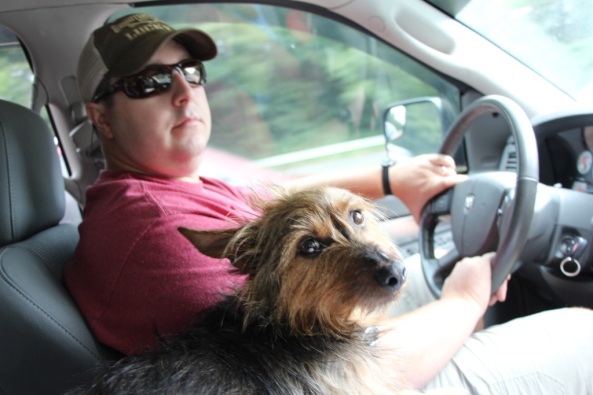 We drove a little further, then the GPS requested that I turn on New York Throughway, my heart dropped. The little driving I’ve done up here, I realize now when a road has a fancy name, like turnpike or throughway, it means “they want your money” 😀 This toll wasn’t as bad, only $3, phew! Don’t worry, this road isn’t finished with us yet.

After driving a bit, I kept seeing a sign that said “Cars Only”. There’s three classes of vehicles up here, Cars, Trucks, and Buses, I guess we kinda fit between all three which is confusing because I don’t know which roads/lanes to go on and which to stay off of. I kept driving, then in the corner of my eye, I saw a red flashing sign that said “You don’t meet height requirements, exit now!” uh-oh. I swerved through 3 lanes of traffic to get to the exit to avoid having the top of my camper become a tuna can lid! Now Aimee and I were in the Bronx on a regular neighborhood street and my GPS yelling, “U-turn, U-Turn, U-turn”. It was at that point I cried a tear.

No worries, we found a school yard and parked the camper, thank God it was a Sunday. We both pulled our phones out and starting figuring out which back roads we needed to take to get back to I-95. After about 10 mins, we had a plan and Aimee navigated me back to the interstate without even saying “U-turn” 😀 I love that woman!

Soon we were in Connecticut.

We exited at the first rest area we came too. After that haring experience, I think we both needed a break. One thing I will give these Yanks, is that they know how to design a rest area. Up here, interstates don’t have rest areas, they have food courts and mall bathrooms with full truck refueling station…nice!! You can get every convenience you need at the rest areas. We had lunch in the camper before getting back on the road.

We drove for another hour or so then we were at our next campgournd, Seaport Campground. We quickly set up our campsight.

We left the campground and headed to the Submarine Force Museum. This is a free museum and is solely dedicated to telling the history of submarines. This museum also houses the Nautilus, which you also get to tour, pretty sweet. I had a coworker of mine tell me about the museum, thanks Bill! 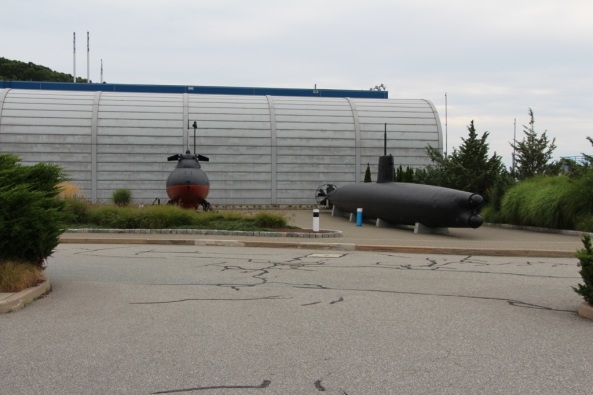 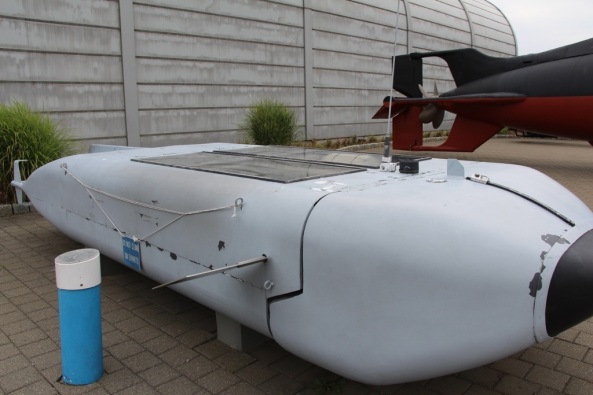 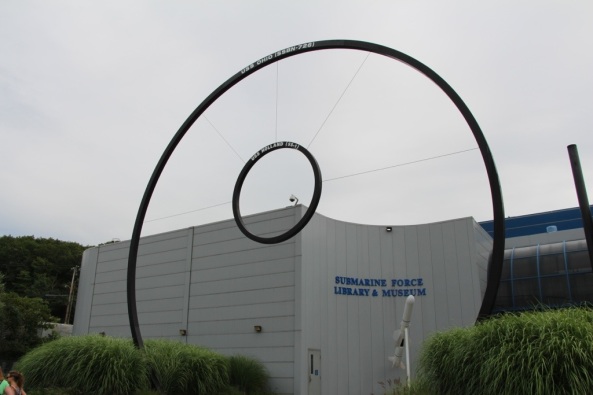 They had some actual control rooms and periscopes you could use. The periscope actually looked over the harber, pretty cool! 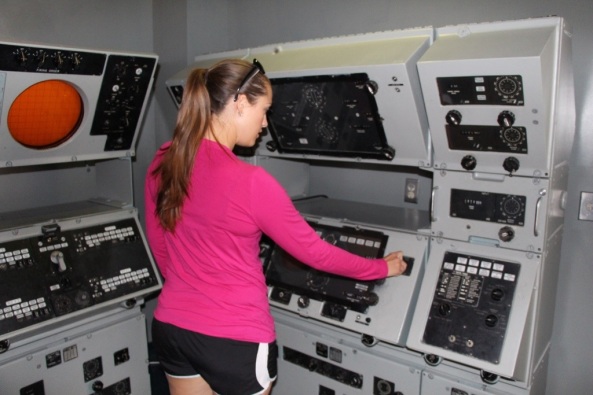 The next picture, is a replica of the first submarine. A scientist in 1700s developed a vessel that could sneak up to ships and install a dynamite charge into the hull of the ship. This was actually used during the revolutionary war. 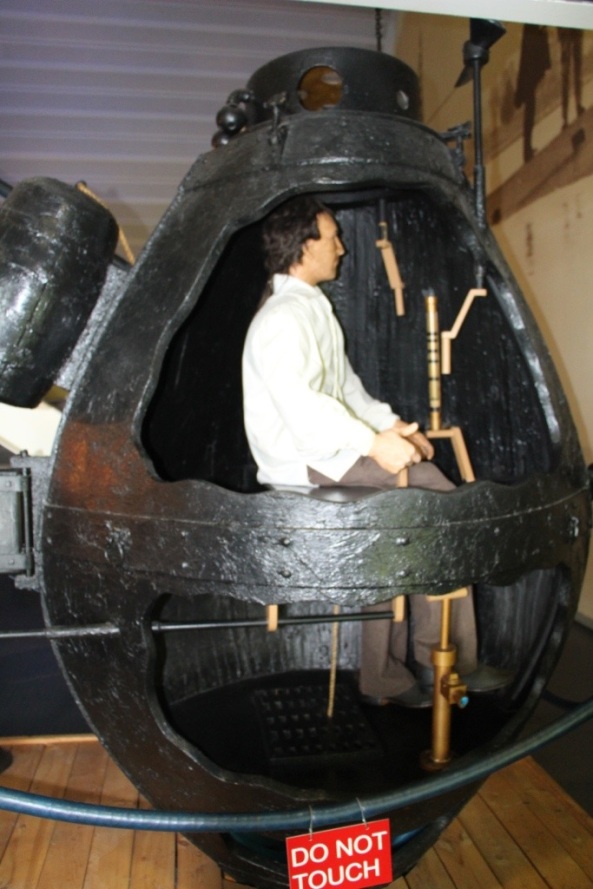 Next we toured the USS Nautilus. The Nautilus is actually named after the submarine in Jules Verne’s book, 20,000 leagues under the sea. Verne wrote the book in the 1800s, 100 years before the Nautilus was constructed. In the book, he predicts that humans will use submarines in the future in warfare, pretty cool tribute I’d say. The Nautilus was the first nuclear submarine and the first submarine to reach the North Pole. It’s an impressive sight.. 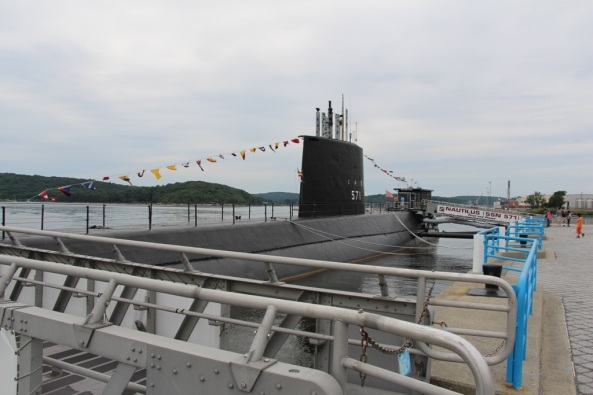 The quarters are definitely tight, check out the manways and bunks…and Aimee’s best side 😀 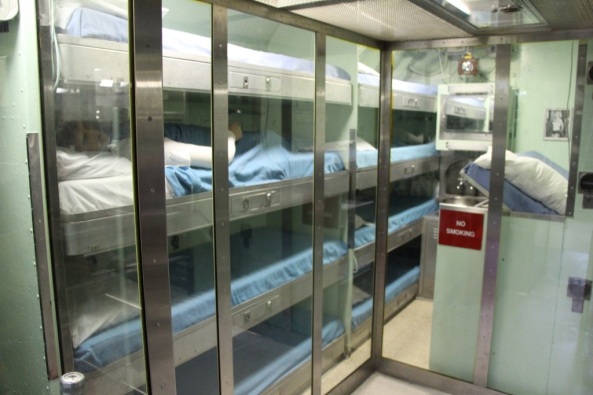 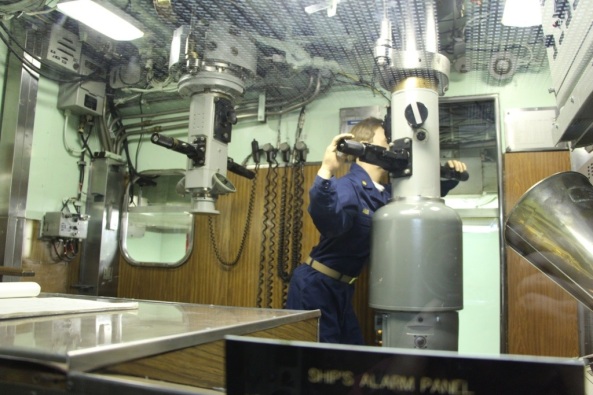 I highly recommend a visit to the museum if your ever in the area. We left the museum and went grocery shopping for a few items. We grabbed a redbox movie and had a quiet movie night. “42” is a great movie if you haven’t seen it yet. Aimee whipped up left overs and some more fresh tomatoes, delicious! 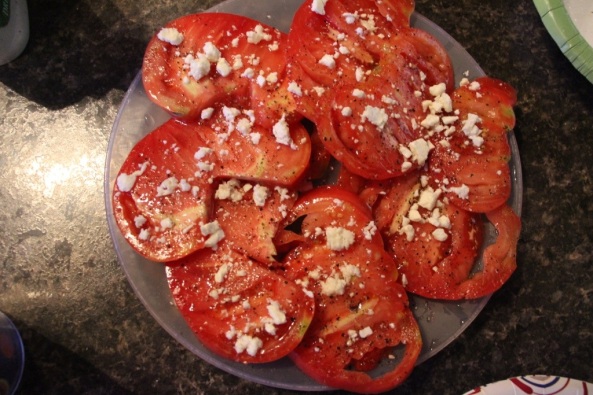 That’s all for now, until tomorrow, Bon Jour!