Hi there, Aimee and I had an easy morning this morning. After all the long days of sightseeing, it was nice to sleep in and chill. After we dressed, we headed down to a farmer’s market that Aimee found. It was small, but still had some nice produce, flowers, and crafts. We picked up some tomatoes, onions, jalapeños, and some other fruits and vegetables. 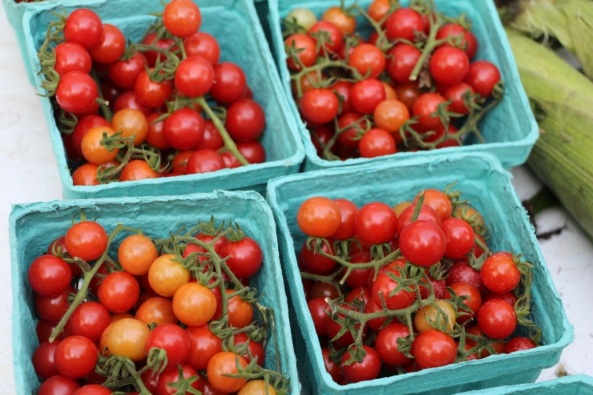 The market lacked a couple of other items on our list so we headed to a mundane grocery store. When we returned to the camper, Aimee whipped up some bacon, eggs, and fresh tomatoes, it was delicious.
After finishing up brunch, it was time to start getting ready for Chris and Christine’s wedding. I first met Chris and Christine at Shell, we were hired in around the same time. We attended alot of training together. We also worked through all the oddities that you are met with when you are a newbie. We had a ton of fun the first years in Shell and they are still close friends of ours to this day.

The wedding was set in a remote area of New Jersey. We hit a little traffic on the way so we were a little late getting there, sorry Christine! The wedding was amazing and the reception a big party. The food was fantastic and the band rocked out, they even had a Vodka Luge. For those of you that don’t know what that is, its an ice sculpture/vodka bar. A bartender poured out a shot and it slid down the sculpture. By the time it reached the bottom, it was ice cold! Aimee really enjoyed the mango vodka!

After a night of dancing, eating, and catching up with old friends, it was time to head back to the campground. Unfortunately, we hit traffic again at almost midnight. I don’t know how you New Englander’s do it, way to much traffic for my blood!

Well that’s all for Day 18, until tomorrow, Bon Jour!