Hi there, 2nd day here in New York. We got a later start this morning because we planned to take in a late night comedy show. We left the campground around Noon and headed to the Path train. It was a lot less crowded this morning compared to yesterday during rush hour, we actually were able to sit! We headed to the World Trade Center station. This statue greeted you as you exited out of the subway station. It’s a soldier riding a horse. It’s symbolic because, when we invaded Afghanistan, some of the troops did so on horses. Soldiers haven’t ridden on horses in battle in over 50 years. I didn’t know we used horses in Afghanistan, but , it makes sense given the mountainous terrain.

We headed to the 9/11 memorial store to obtain tickets. We had an hour to kill since our tour was later in the afternoon, so we headed to St. Paul’s Chapel. St. Paul’s is literally across the street from the WTC. It was a place of rest and prayer during the days following the Twin Tower collapse. Hundreds of fireman, policeman, paramedics, and countless volunteers took shelter, rested, and were fed here. Another interesting piece of trivia, New York was actually our country’s first capitol. George Washington often came to St. Paul’s to pray and reflect on his many political decisions, his pew is below.. 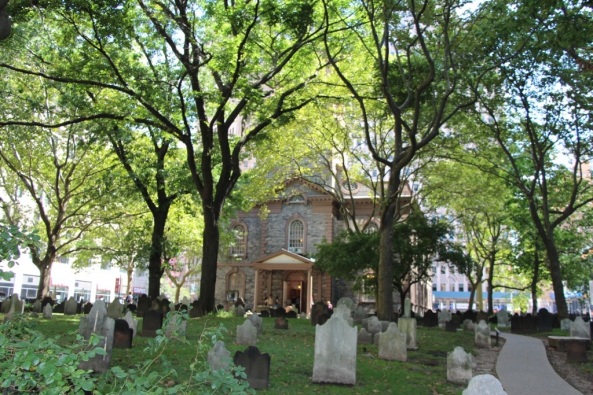 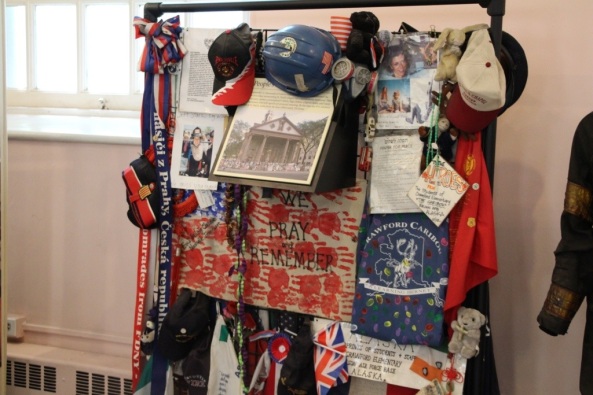 After touring St. Paul’s, we found a nice park nearby and ate some lunch. Soon, we were in the security line for the 9/11 Memorial. The memorial was very nicely done. It consisted of 2 pools with waterfalls that were built in the footprint of the north and south towers. The names of the fallen were inscribed around the perimeter of the memorial. 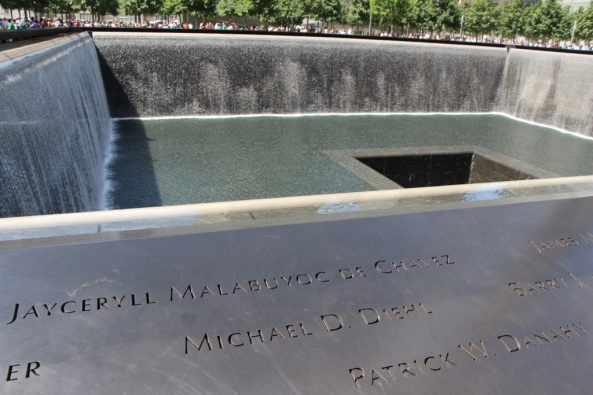 Below is picture of the not quite complete Freedom Tower. There’s plans for more sky scrapers to come… 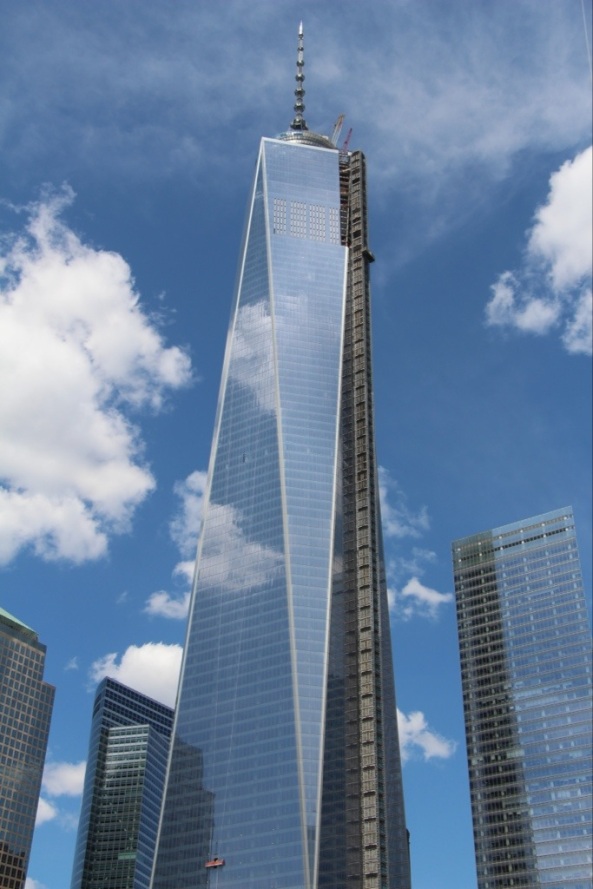 After the 9/11 memorial, we took a subway to the Staten Island Ferry. On the way, we found a great example of New York DOT 😀 Yeah, that’s a road on a sidewalk..

We arrived at the Staten Island Ferry and boarded. The ferry is free to ride and has great views of the Statue of Liberty and Manhattan Skyline. Below is some pictures we took on the ferry.. 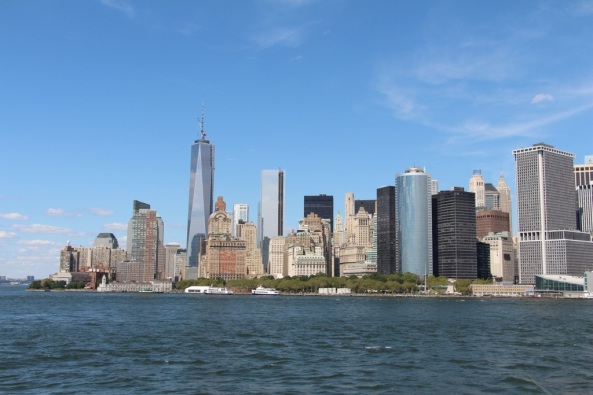 Aimee and I are huge “How I Met Your Mother” fans. If anyone isn’t familiar with the show, it’s about a group of 30 somethings who are very close friends. They live in the New York and the series centers around Ted who’s trying to find the love of his life, but all his friends give him a hard time, its a funny show. The majority of the show takes place in the bar downstairs from their apartments. The creators actually developed the bar from a Irish bar they used to frequent, McGee’s. Aimee and I of course had to stop in and have a beer.

After our beer, we headed to Bryant Park. Aimee had goggled for stuff going on in the city this week. One thing she found was “Accordions in the Park”. So those of you that know me, know that I play the cajun accordion. Aimee and I love the music, so of course I had to check out other accordions. The majority of players up in New York play a keyboard accordion, which is a little different than mine. They play mostly polka, Italian, and German music. It was nice to enjoy a little music in the park. 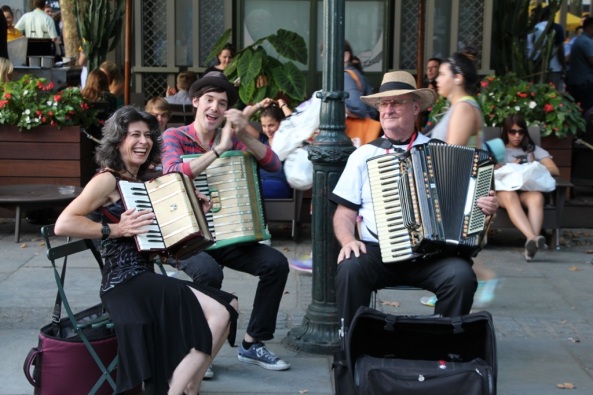 Another cool thing about this park is there is tons of stuff to do. At the same time the accordion group was playing, a group was doing Yoga, there must have been a hundred people doing Yoga. Also, there’s plenty of games such as chess, checkers, ping pong, and shuffle board. There’s even a reading section with books that you can check out. What’s great is all this stuff is free!

Our stomachs were starting to growl, so we headed to a Chinese Restraunt that Aimee had wanted to try, Sammy’s Noodle Shop. The restaurant is in Greenwich Village. Aimee and I love Chinese and Vietnamese food so we ordered a little bit of everything! And the portions here are humungous so we had leftovers! We had dumplings, egg rolls, “A Little bit of everything” soup, and house lo mein. Everything was great. 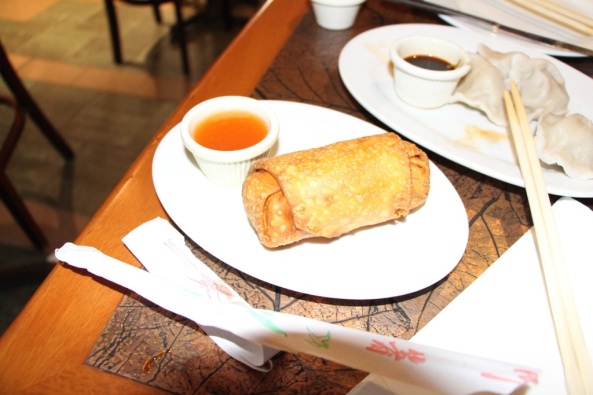 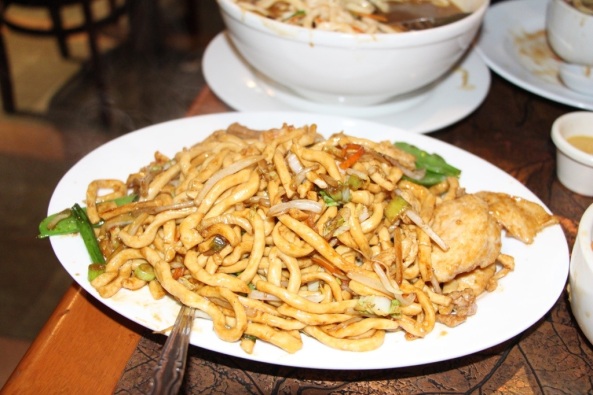 After a full belly and tired feet, we didn’t feel like taking in a comedy show 😀 We headed back to the campsite and took in a movie. Until tomorrow, Bon Soir!