Hi there, reporting live from New York. We had a ton of stuff to see, so we got started early. We left the camp site for the New Jersey Path Train around 8 am. The train was packed with commuters going to work. We literally had squeeze into the train car. Here are some pictures of the station and train. 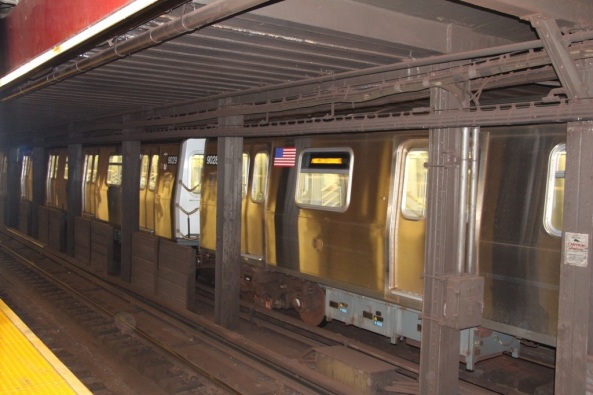 We got off of the train and took the subway up to Time’s Square. Time’s Square was busy even at 9 in the morning. It was all lit up! 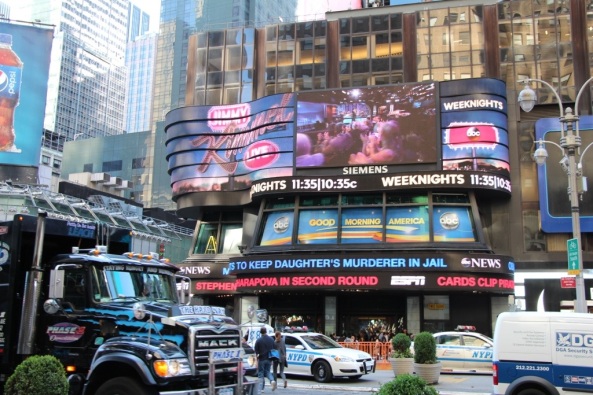 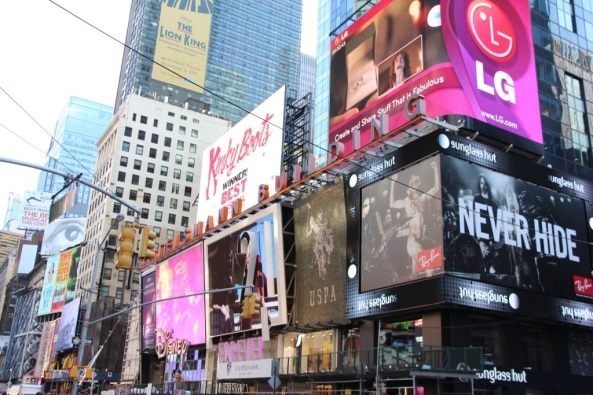 Aimee found a cool local coffee shop and she stopped in for some coffee. They had some good looking pastries, check out those waffles! 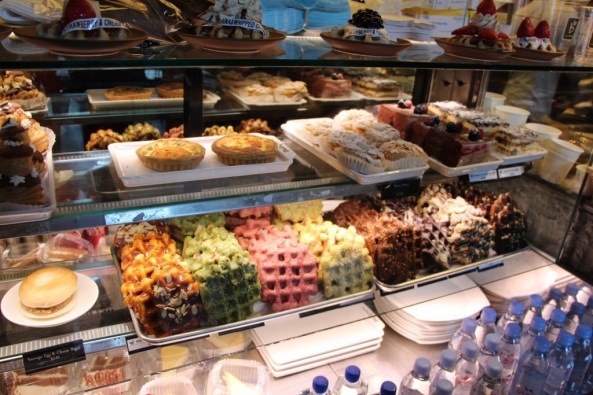 We walked down to Rockefeller Center. On the way down, we passed by a ton of street vendors, the food smelled awesome. Check out the size one of the vendor’s coffee filters…Quuuaaww! 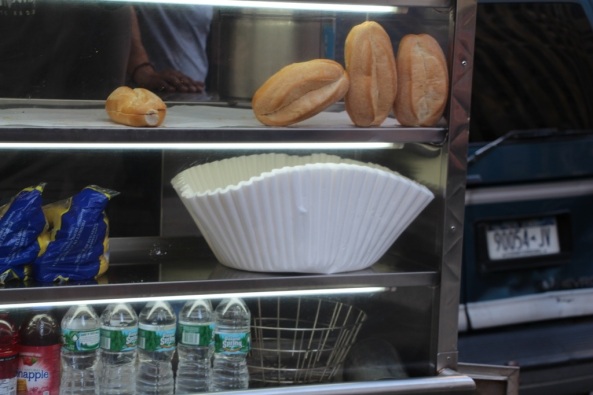 We walked up to Radio City Music Hall. X factors was scheduled to record that night..

Next we walked up to Rockefeller Center. I wanted to check out the gold statue and fountain that the center is famous for. We actually found a farmer’s market with some local produce and food, pretty cool. We killed some time there while we waited for our tour to start for NBC studios. 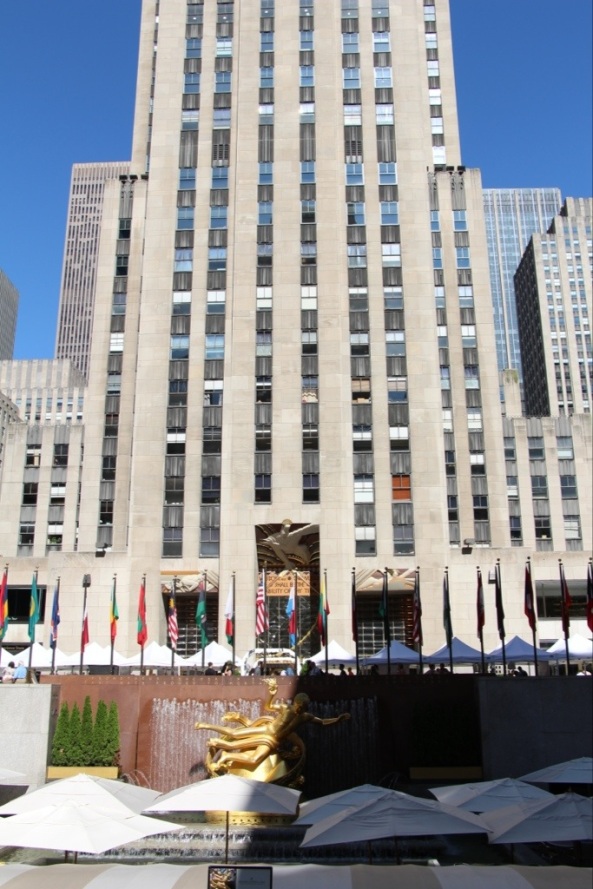 We toured the NBC studios. We got to see the news set, SNL set, makeup, and even watch a mock news broadcast. Check out who Aimee met..

I sat in the Voice chair! Unlike Celo, my feet touched the ground 😀 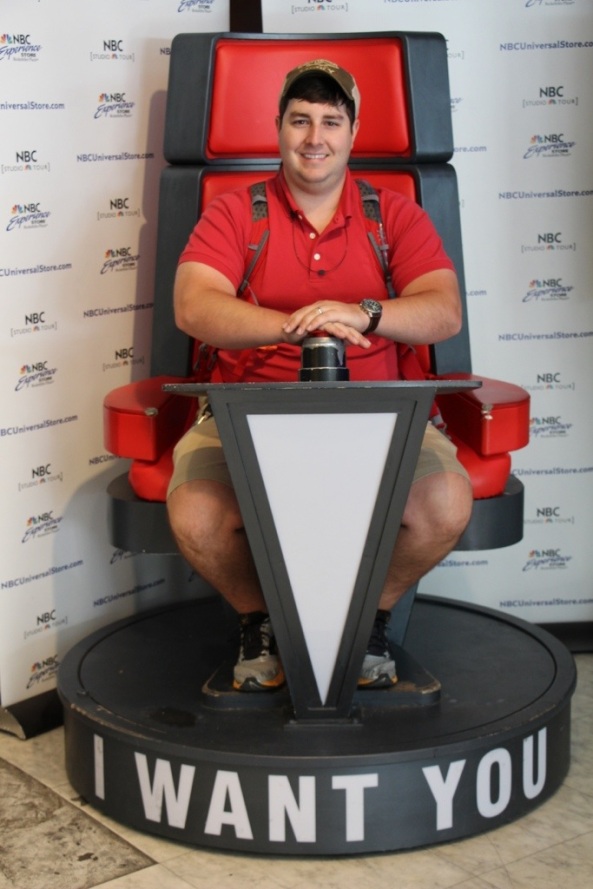 Next, we walked down 5th Avenue (Aimee’s request). We stopped by the Lindt Chocolate Store. That’s a lot of chocolate. I couldn’t pass by the peanut butter truffle without buying one, actually the cashier said it was on the house, nice of her! 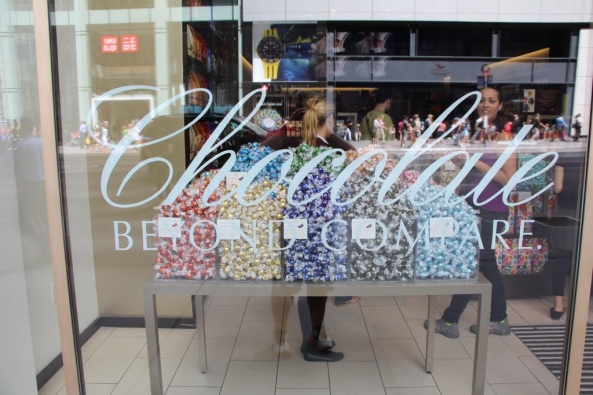 On 5th Avenue, there were some old cathedrals…

We even passed by the Apple Store. 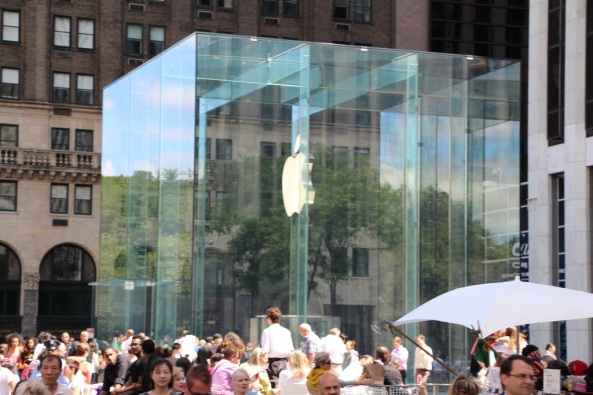 We decided to head to Central Park to eat our packed lunch. We found a nice area by the pond… 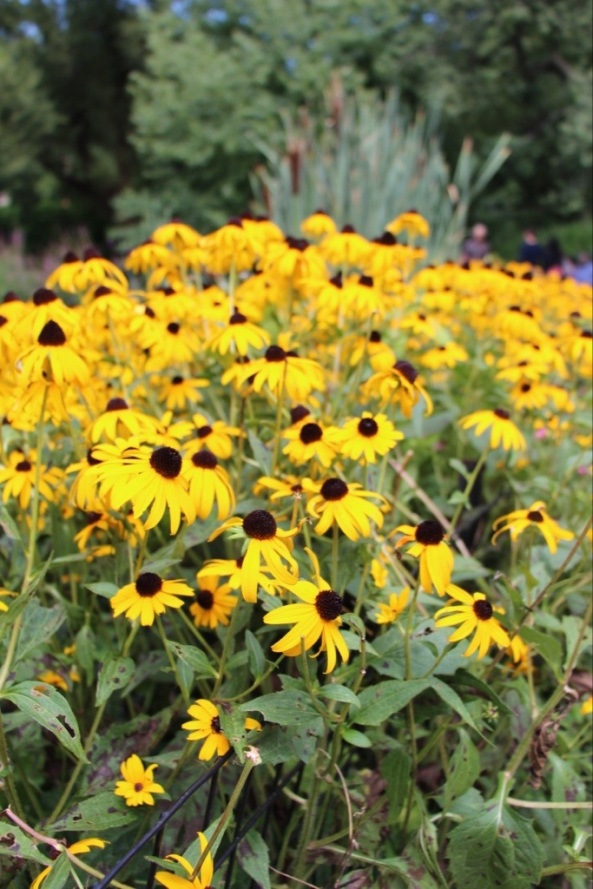 After finishing up lunch, we headed up Broadway to the Majestic Theatre where we planned to watch Phantom of the Opera. Aimee was so looking forward to watching an authentic play on Broadway and what better than her favorite. On the way to the theatre, we passed David Letterman’s studio..

We finally arrived at the theatre, Aimee was pumped. We waited in line for a short time and then were seated. Aimee did a great job researching the seats, we had a fantastic view for the play. The old theatre was definitely majestic. The Phantom of the Opera has been playing there for more than 25 years and is currently the longest running show on Broadway. It was sold out! 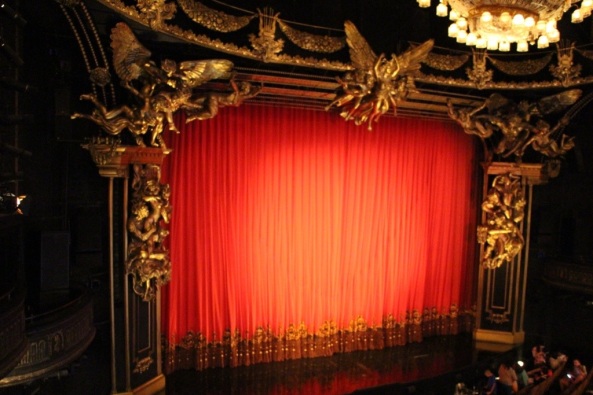 The performance was awesome. The acting, singing, costume, stage props, decoration…everything made the show! Aimee was all smiles after it ended..

After the show, we made a stop at Junior’s for some cheesecake. Thanks Aunt Debbie for the recommendation, the carrot cake cheesecake was delicious. 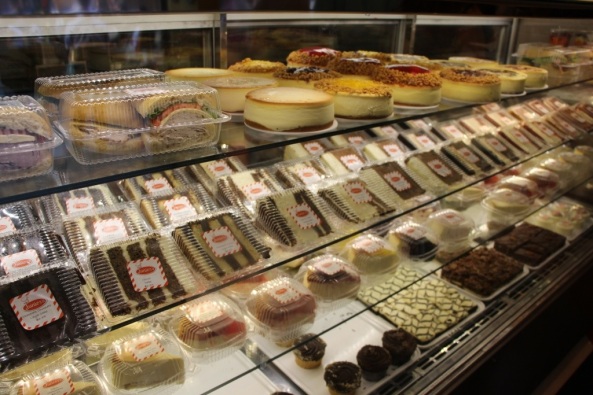 Our last stop in New York for the day was the Empire State Building. It truelly is a New York staple. Looking up to the top, I almost fell over backwards it’s so tall..

We headed back to our campground in Jersey and decided to get some pizza for the night. We took a stroll on our bikes in the harbor area and found a cool pizza place, Two Boots. Aimee and I ordered a 14″ and we ate all of it but one slice, we were starving after all the walking (22K steps to be exact). It was kinda funny because the place advertises that they are cajun/creole, Cajun music was playing when we walked in…talk about good timing. Until tomorrow..Bon Soir!