Driving from Zion to a 1 night stop in Mojave, CA. > 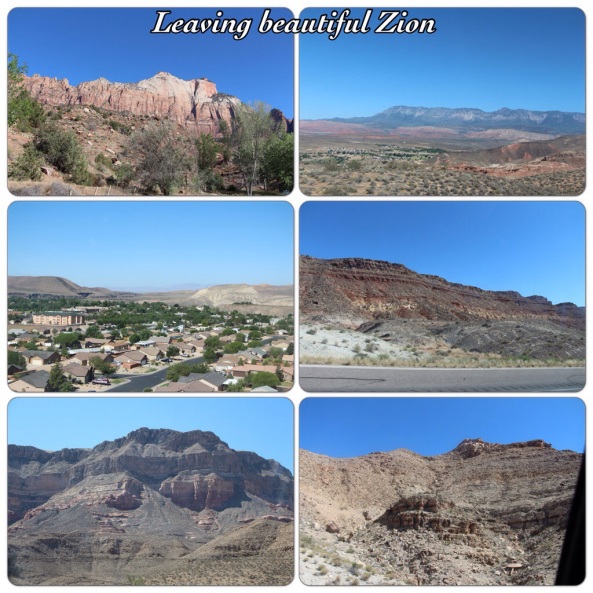 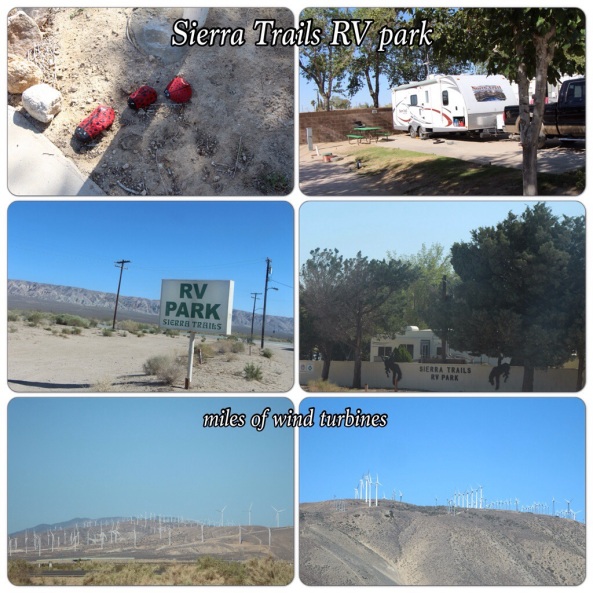 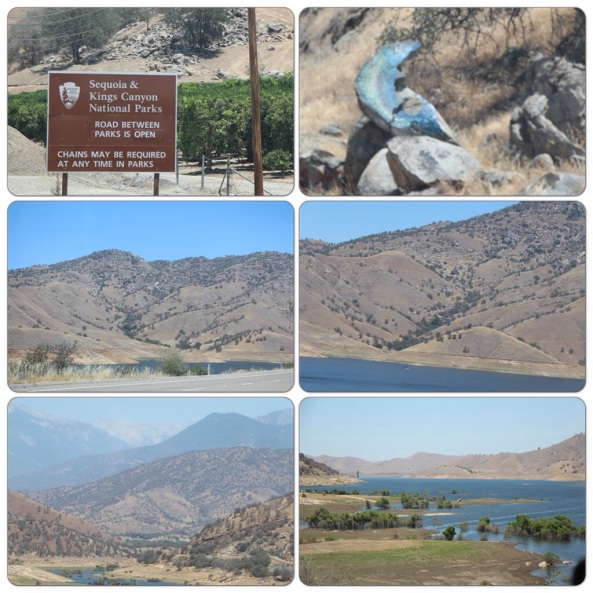 This park is AWESOME, loved it so so so much! Driving through the forest full of giant trees was so breathtaking, and strange. There was a lot of “Good Lord that thing is HUGE!” and “Kee Yaw, that’s a biggun!”

Sequoia National Park is America’s 2nd oldest National Park, created in 1890. Sequoias are the largest trees on Earth by volume of wood. Sequoias grow naturally only on the western slope of the Sierra Nevada, usually between 5,000 and 7,000 ft of elevation.

On our first day we drove to tunnel log which is a fallen sequoia that was tunneled through and is the only tree you can drive through in these parks. We didn’t think the truck would fit by looking at the opening, but it fit just fine with plenty of room to spare.

Then we walked to Crescent Meadow which is comparable to wetlands, but unlike wetlands back home these are surrounded by gigantic sequoias and it wasn’t very wet either. Walking through this park is like being on a different planet. Trees just shouldn’t grow this big, it’s unreal!

Then we walked to Tharp’s log, a house made out of a fallen sequoia, and Chimney Tree, a burned sequoia that was massive. We also drove to Auto Log to take pictures on top. This is a fallen sequoia they used to park on, back in the day. 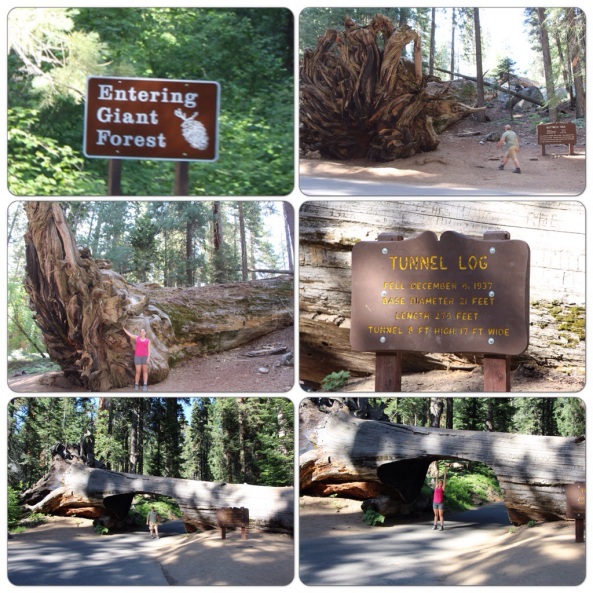 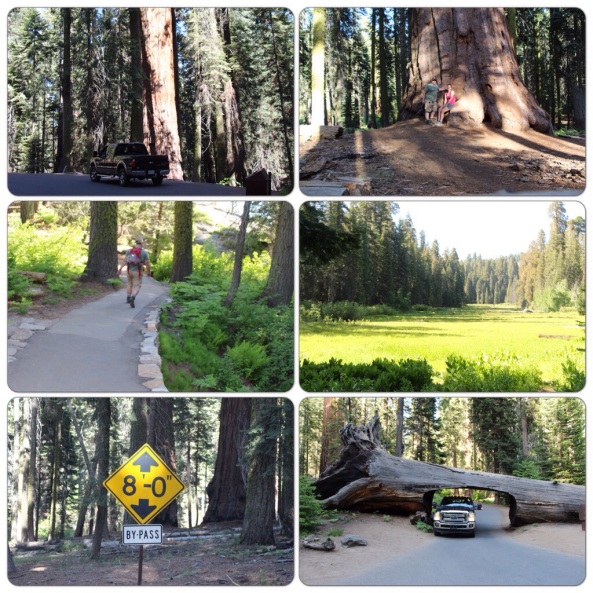 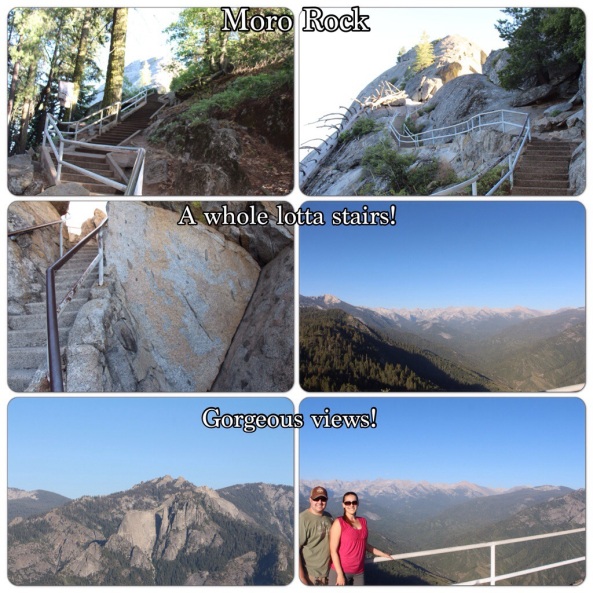 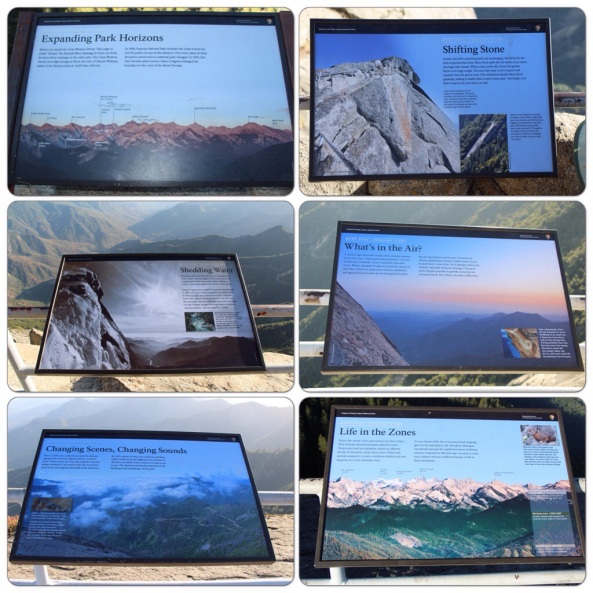 Our second day was basically a day of driving, we drove about 7 hours total. We drove up to Kings Canyon National Park which was about 2 hours from our campground. First we stopped at the Visitors Center to get some information on the best things to see in one day. Grant Tree Trail was the 1st stop. This is a paved 1/3 mile trail to one of the world’s three largest trees and the Nation’s Christmas Tree since 1926, I had no clue there was an official Christmas Tree.

Then we drove to Panoramic Point Road which is a narrow road up to a Sierran vista. Then we drove to Grizzly Falls and Zumwalt Meadow. This is a 1.5 mile loop that passes high granite walls, lush meadows, and the Kings River.

Next stop was Roaring River Falls which is a very short, shaded walk from the parking lot to a powerful waterfall rushing through a granite chute.

Next stops where Canyon View and Knapp’s Cabin. Canyon View is a “U” shaped canyon that gets its shape from a glacier moving through creating a wide “U” shaped valley. Knapp’s Cabin is a very small storage cabin built by a rich California businessman in the 20’s to store his fishing gear. Not much to see inside, just some old cans, but the river below was worth the short hike down.

The final stop of the day was Hume Lake. This lake was formed by a rare, historic dam. The lake supplied water to a flume that floated lumber 67 miles to Sanger. An easy 2.5 mile trail circles it, but we chose to walk down to the beach. The beach was so cool there was a big log floating in the water that people were getting on top and floating. Also the sand was gold! There is an abundance of pyrite, fools gold, in the area so the beach is glittered in gold. It was so beautiful!
We really want to come back to this park and camp close to the lake. 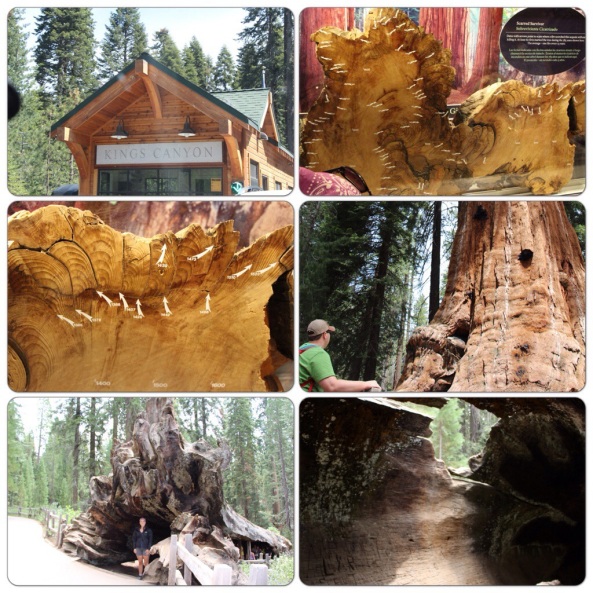 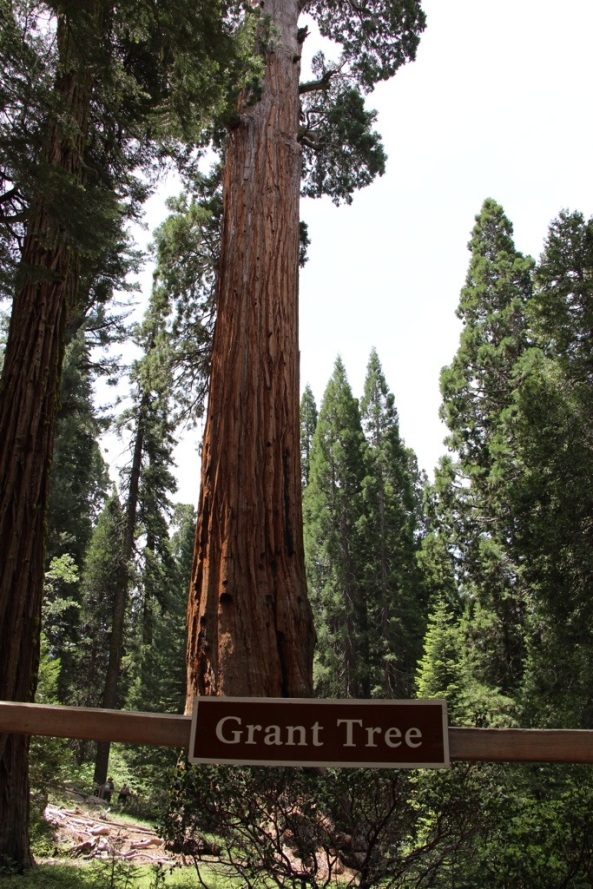 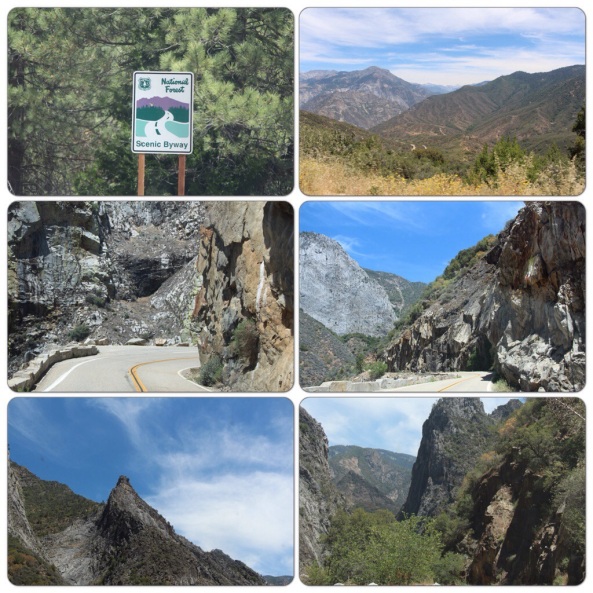 On the third day we went back to Sequoia to visit the Giant Forest Museum and General Sherman Tree and take a tour of the Crystal Cave. The Cave was first thing in the morning and I was so happy we had the option to go on the Adult only tour. I like to enjoy the inside of a cave without people yelling and talking the whole time, that drives me crazy! The tour was great, this is a living cave with active formations, and our guide was very knowledgable which always makes the experience better.

In the museum, I was expecting to see a movie at the museum, but there wasn’t one. There was a nice display of the sequoia’s life cycle and how fire is necessary for the ecosystem here. For a hundred years the parks have tried to stop and suppress fires thinking that they would damage the giant sequoias. After much research and observation they have found that with fire the trees can reproduce and grow more healthy due to less plants competing for nutrients as well as burning off the dead material covering the ground and blocking their roots.

After soaking up all the information in the museum we headed to the General Sherman Trail. This is 1/2 mile trail down to the tree it is a gradual elevation change that you will feel much on the way back up. The General Sherman is the world’s largest living tree. It is the Nation’s Christmas Tree and is a national shrine.

These parks have so much variety of ecosystems. They encompass a wide variety of elevation changes, from 1,500 to 14,500. There is so much to do and see that we didn’t even come close to getting everything in. 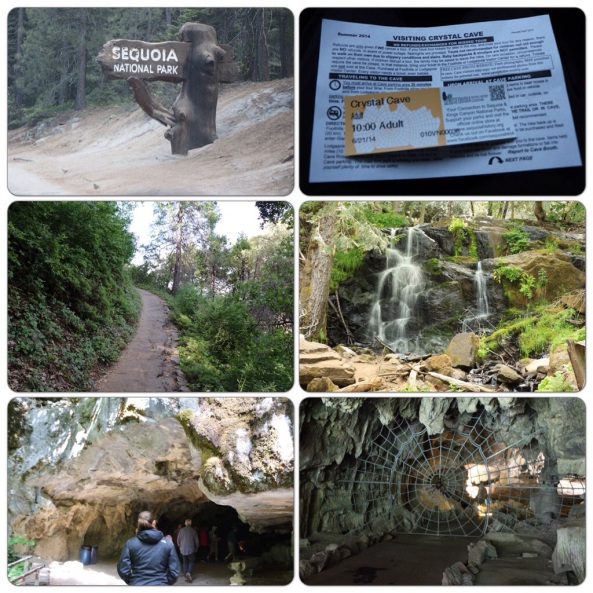 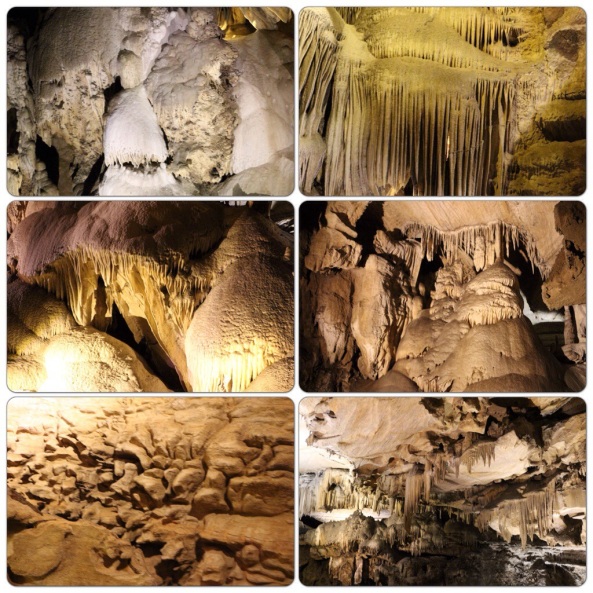 We’re having horrible luck with WiFi at all of our campgrounds, even though they claim to have great WiFi on their websites. It’s all good though, this is camping after all. Anyway, so far we’ve had to go to Starbucks to use their WiFi, it seems the most reliable thus far, knock on wood. So that’s where we are now, in a Starbucks in San Fransico. It takes a long time upload pictures, so I’m a few stops behind. And I desperately miss the wilderness after 1day here! If some of the media does not appear on here correctly, I can’t fix until I get home. WordPress and iPad doesn’t work well together.