Hi there, well today didn’t start out so well for us. Upon leaving Frank’s house, I checked the curb with the bumper of my camper and literally tore it off of the camper, not good way to start off! After stopping traffic for what felt like forever (it was more like 2 mins), I was able to fix the bumper in a way so that I could move off of the road to let traffic through. My camper has a retractable bumper that pulls out to reveal a nice shelf area where you could store bikes, boxes, or ice chests. We were using it to store our bikes. It can be seen here from a picture of our first day of the road trip, look on the rear of the camper.

After getting to a safe location, I was helped out by a friendly Bostonian on a jog. He stopped an offered to help me remove the bumper and place it in the truck. That bumper weighed a ton and I dont think we could have done it without him. He sympathized with me because he used to own a camper. He said the streets of Boston aren’t conducive to owning a camper, I couldn’t agree more. Here’s some pictures of it in pieces in the back of the truck 😦

Aimee and I have a pretty good system when it comes to backing into locations, we use walkie talkies. I learned my lesson from this experience, always use walkie talkies when backing in AND pulling out of stops. Aimee was yelling out at me to stop, but of course I couldn’t hear her of the loud roar of the Diesel engine and the windows were up. Oh well, at least it was something easily replaceable and not a broken arm or leg! On to the rest of our day…
After leaving Boston, we headed straight up I-95 to Maine. We were welcomed by Maine..

Maine is beautiful, it really is, the ride along I-95 was full of rock cliffs, lookouts over harbors, and plenty of wildflowers.. 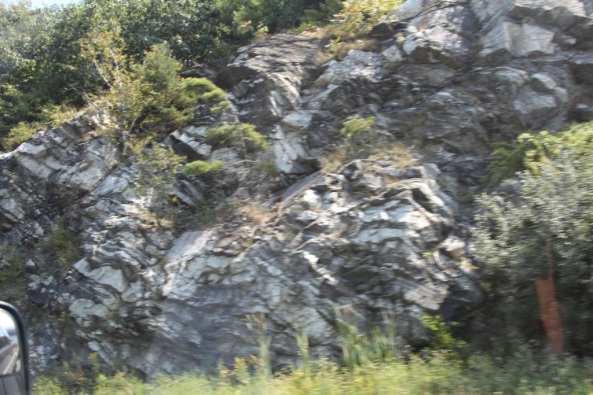 At one of the first exits, we stopped of at Kittery Trading Posts. This place is like a Bass Pro Shops or Cabelas but bigger! We picked up a couple of camping supplies while we were here.

After a couple more hours of driving, we finally arrived in Arcadia National Park.

We pulled into our campground and setup camp. There are wild blackberry’s growing in the campground..cool! 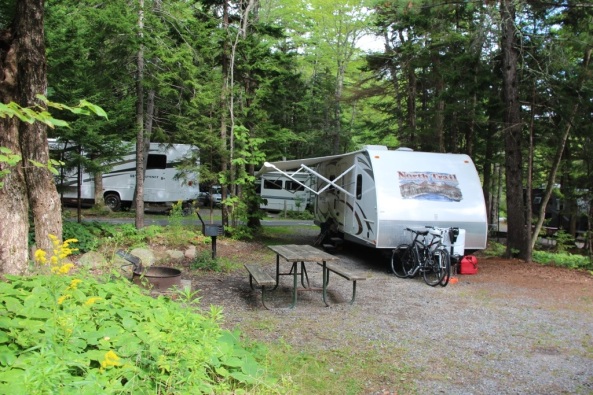 After setting up camp, we were starving and what else is there to eat in main but Lobster! I’ve been waiting for some lobster all trip. Lobster is dirt cheap up here, you can pay around $4/pound at most Lobster Pounds (that’s what they call their seafood shops). We decided to go to a little cafe that we had read about on Yelp!, the Lazy Lobster. We ordered Lobster, Chowder, and Lobster Bisque. Everything was great!

No Aimee, you can’t suck a lobster’s head 😀 yuck 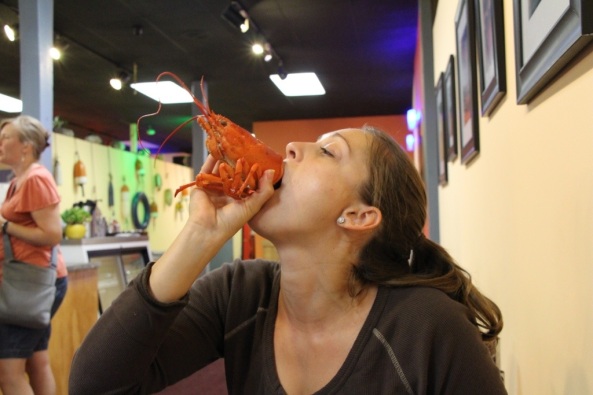 The town we ate in was Bar Harbor. This town is pretty cool. It’s full of local shops and restaurants as well as plenty of bed and breakfasts! 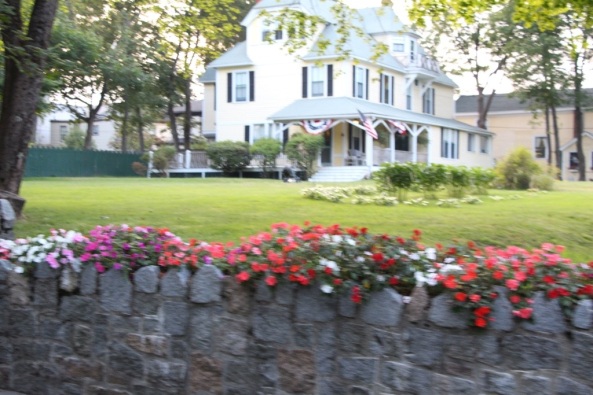 After that, it was time for something sweet. We found a frozen custard shop, frozen custard is our favorite. On our way there we ran into Aimee’s Aunt Debbie and Uncle Doug who happened to be in on vacation too…never thought we’d see people we know here! Back at the custard place, Aimee had an expresso cone and I had an Oreo and Hot fudge cup..yum yum!!

When we registered at the campground, they had a special event at 9:00 PM, Stars over Sand Beach. I’ve been honing up my photo skills for night shots, so what a better way to get some great night pics but out here in Acadia National Park, so we headed down to the beach. Unfortunately, the full moon was out in full force, which made star gazing a little difficult. The ranger was very knowledgable about astronomy and I was still able to get some cool shots! 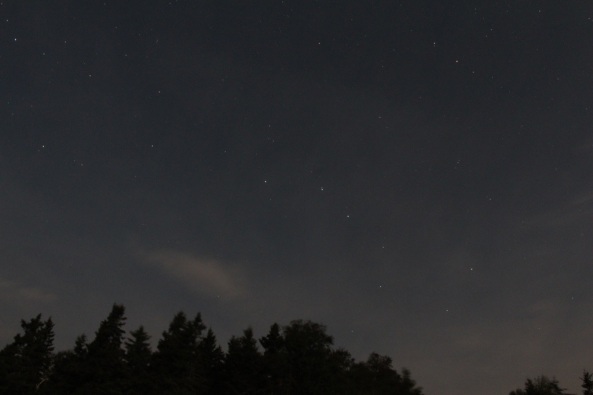 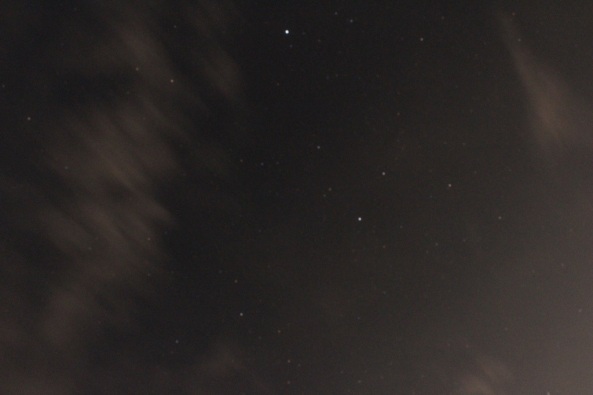 As you enjoy those night shots…Bon Soir!!