Hi there, today we slept in a bit and got a later start than usual. It was nice, and roux let us sleep in. I swear he’s a child sometimes waking us up at the crack of dawn, he’s just getting us ready to be parents. So we left for Boston around 9ish and took the subway in. We had an additional day on the Old Town Trolley so that’s what we mostly used for transportation for the day.

First stop was the USS Constitution, or more commonly known as “Old Ironsides”. I remember studying about this ship in my history class in high school, never thought I’d be able to see it. It’s the oldest floating ship that is still commissioned in the Navy. There are active sailors still manning the ship. Part of their role is to give tours. Our tour guide was actually from New Orleans, so we had a good Who Dat to start the tour. We toured the top deck first, which houses most of the smaller guns.

The ship was spotless and shined in the Boston sun, those Sailors sure do take care of her. We went down to the middle deck next and viewed the larger guns. These guns actually shoot a 24lb cannon ball and their range is 800 yards. On display, they had the water and “grog” barrels. Each Sailor was allowed one cup of “grog” a day, they could also sell it back to the Navy and get payed for it. 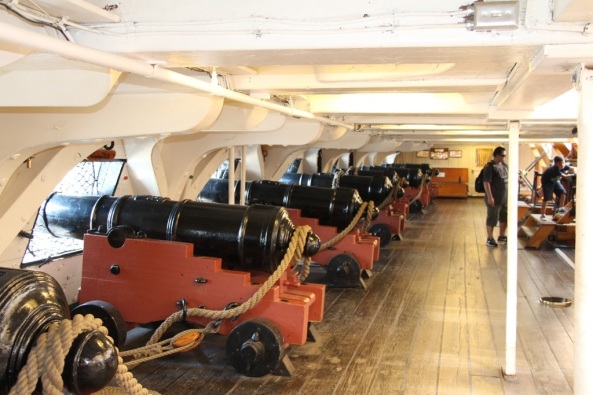 Next, we went down to the lower deck, the sleeping quarters. The crew slept in hammocks while the ships officers had thier own private bedrooms. There was a lot of resentment between the officers and enlisted because of they differences in the way each rank was treated. There were two cooks on board, one for the crew and one for the captain, kind of unfair I would say. The ship would sail with 450 to 500 sailors, that’s a lot for one cook!

Below is a picture of the walls of the ship, you can see why she impenetrable by cannon balls. She actually got here nickname from an actual battle against the British. Her sailors actually witnessed the British cannon balls bouncing off of her sides. They eventually won the battle in a meager 35 minutes. That was the first battle in history that the British lost at sea. She is build from live oak, which is some of the hardest wood. Her sides are 21″ thick!

The detail that went into the ship is beautiful. Below is a picture of the wheel and some other carvings near the entrance ramp. 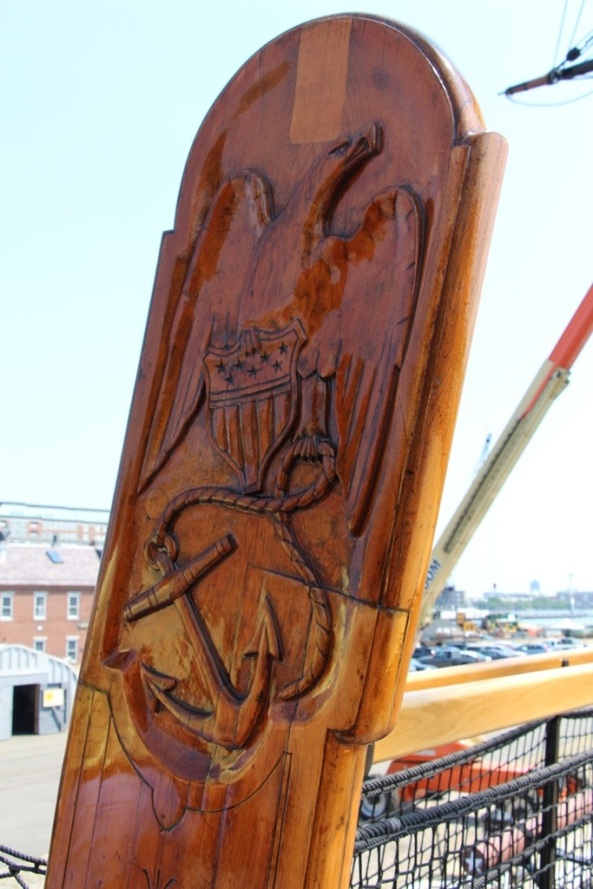 Next we headed to the Old Capital Building. This building will go down in history because its the location where the Boston Massacre occurred. Before the start of the revolution, the King of England stationed British troops in Boston to enforce the Stamp Act. Bostonians didn’t like that so well. Bostonians and the troops were constantly getting into fights. On the night of the Massacre, 5 Bostonians were shot and killed right in front of the Capital Building. The reaction from the Massacre cause the King to pull his troops out, allowing for a time of peace in Boston, that is until the Tea Act caused another up roar. 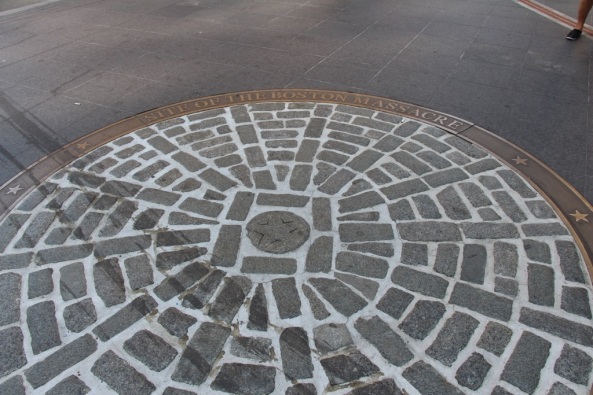 We toured the inside of the building as well, at the entrance there was a nice jazz band playing so good music, kinda sounded like New Orleans a bit! Inside of the museum was a bunch of cool artifacts, including the actual signed Treaty of Paris, you can see each county’s seal, England, France and Spain. The Treaty was created to divide the new lands in America, it’s what created France’s Louisiana Territory..pretty cool! 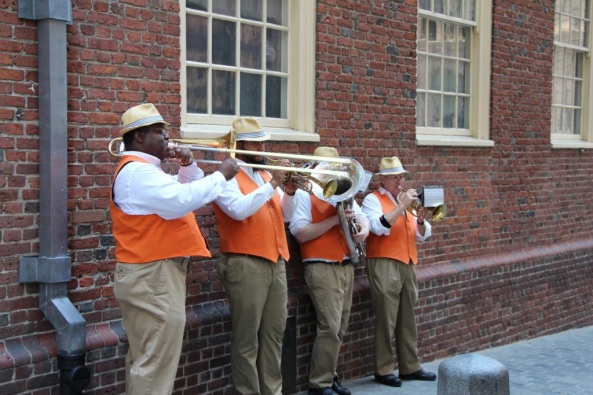 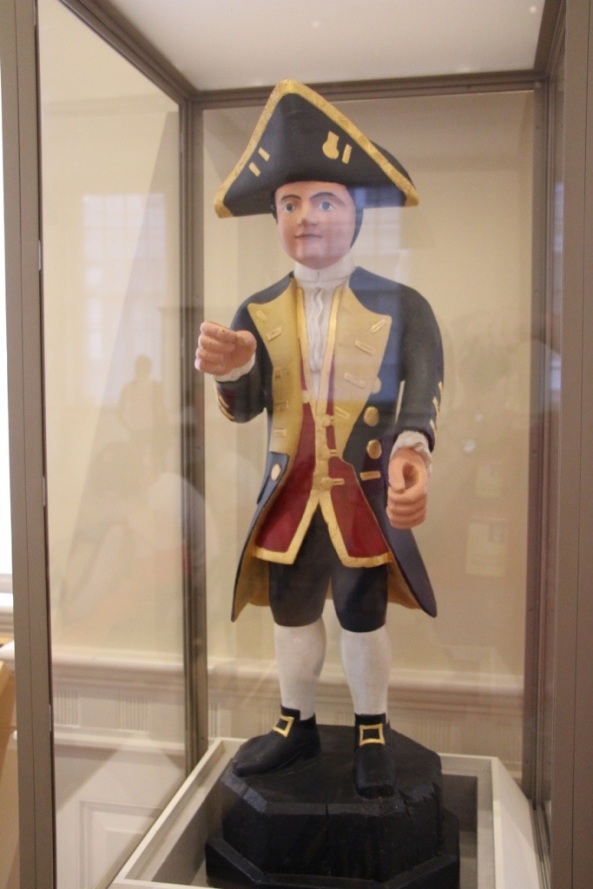 Our next stop was at Quincy Market. This place is huge, it full of a bunch of local shops and restaurants. After shopping for a bit, we took the Trolly to a local Brewery. Harpoonn Brewery is a beer that we had at Cheers yesterday. They have a great wheat beer similar to blue moon called UFO white. After arriving at the brewery, we realized that we were too late, they had sold out of tour tickets. So we just decided to sit in the bar there and enjoy some draft samples and pretzels. The beer was cold and the pretzels were hot and salty…good combination! 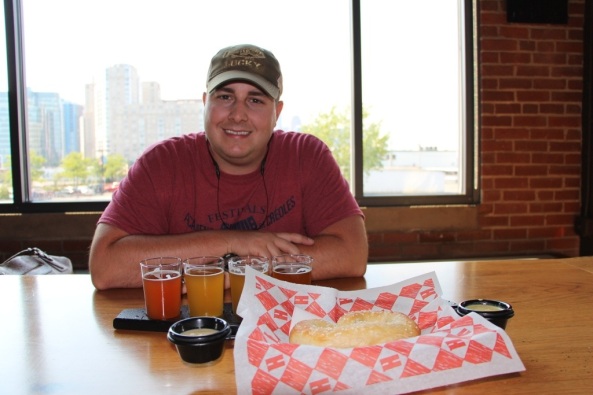 We left the brewery and headed back to our truck. We stopped off at the grocery store and gas station to stock up for our trip out tomorrow. Well that’s all for today, until tomorrow..Bon Soir!